It can be accessed under the ElasticSuite menu > AB Testing Campaign via the Optimizer Campaign entry.

General configuration must be defined first, and then scenario A and B could be configured : 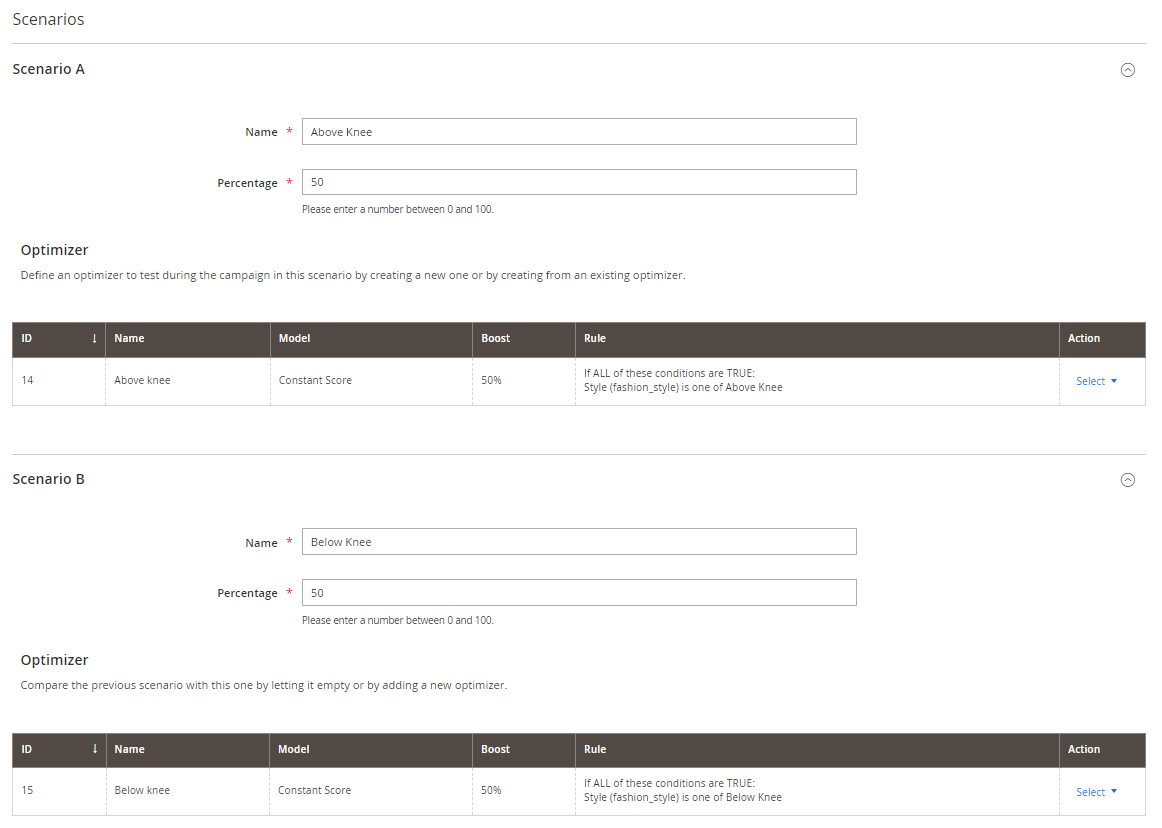 Publish or stop a campaign

Campaign has to be published in order to be activated when start date is reached. Otherwise it will stay on draft mode.

If a campaign has to be stoped, a button “stop” is available. Once a campaign is stopped, it is considered completed.